– The primary audience of “Finally getting their recession, demagogues want a return to ’70s.,” are people interested in politics and economic status of the United States in the 90’s.

– The Author does not use the search term “Gracchi” at all, however Gracchi brothers wanted to bring some serious change back in Rome, and this article is about change that happened in the 1990’s. Additionally, he does not specifically mention the United States in relations to the word “demagogues,” however it is clear that he can relate them. The author says that the leaders and important figures want to return US economy to the state at which it was during the 1970’s. “The bottom line on all this is that a directionless White House has encouraged the demagogues to propose the failed remedies of the 1960’s and 1970’s – ‘soak the rich,’ castigate business ‘greed,’ pile regulation upon regulation, tax and spend – as if they had slept through the stunning revival of jobs and industry in the 1980’s.” and “Finally getting their recession, demagogues want a return to ’70s.”

In the “The early Republic and the ‘Struggle of the orders,” I found a quote that relates to the article above.  “During the early republic an aristocratic clique known as the patricians retained power. During military and economic difficulties, the poorer citizens suffered most, esp. without the protection of the kings who had relied on their support.” This quote relates to the article “Finally getting their recession, demagogues want a return to ’70s.” This quote can relate because here it says that poor citizens suffered the most as they had no support from the kings and higher authority. Similarly, poor people in the US had very little to no aid, which then resulted in some reforms where the higher authorities chose to increase taxes for rich people and use those money to provide help to the less fortunate.

Rome’s chaotic conclusion has multiple causes, which makes it extremely intriguing to learn about. We, as scholars, get to investigate and compare the issues surrounding Rome’s demise, to current events. The primary intended audience for the article, “Rise of the welfare/warfare state: the death throes of the once-great Roman Republic began when its leadership embarked on militarism and exploited class envy to consolidate power” would include history enthusiasts, particularly those well intrigued by the Roman Empire, and young scholars seeking information. 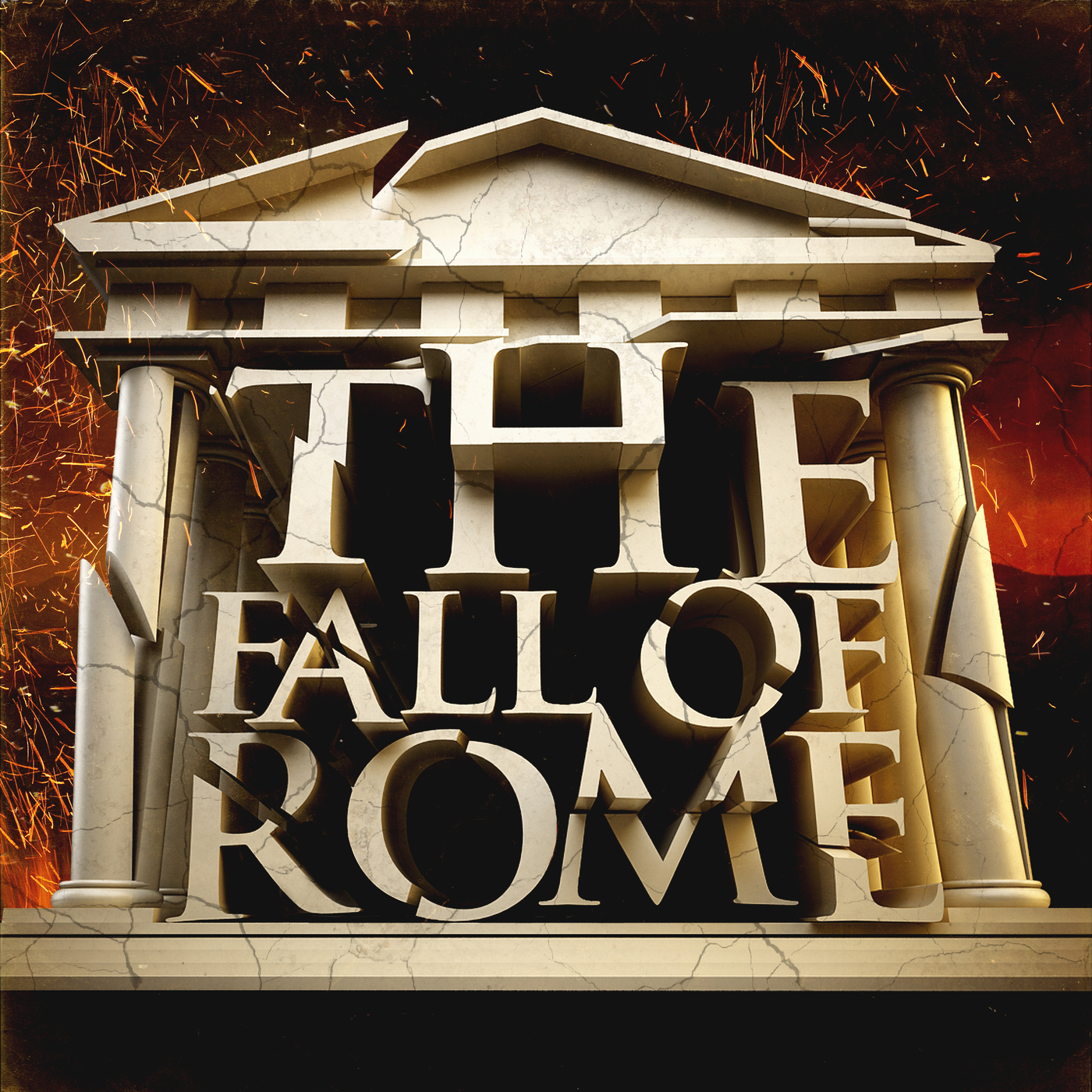 The search term “Gracchi Demagogues United States” is heavily associated with the article selected, which gives a brief overview of one of the major causes of the gradual demise of Rome, civil conflict. The word “Gracchi” appears constantly in the text, whereas “demagogues” does not, while “United States” only appears once. Although the term, “demagogues,” does not show up, it is surely portrayed, as the “Gracchi” were depicted as actual demagogues: political leaders who sought support by adhering to the interests of the majority. In Bonta’s article, the Gracchi are demagogues as they adopt the interests of the common people, who are most likely the majority. This is confirmed when the author first mentions the Gracchi, who play an essential role in the eyes of the poor class, “For these ills, the Gracchi offered an equally unpalatable solution: confiscating land from Rome’s wealthy classes and forcibly redistributing it among the poor.” The Gracchi attempted to obtain the support of the lower class by tackling a major issue: the issuance of land unfairly and inadequately amongst Roman Patricians and the lower class, comprising of plebians and slaves, which consequently led to multiple civil unrest situations, resulting in bloodshed. Bonta then furthers the article by claiming that the chaos caused by the Gracchi resulted in setting a “perilous precedent: that political differences could be resolved by using the power of mob violence to override the law.” This is important because it connects the term “Gracchi” to the article, and it also highlights a consequence of the civil unrest in Rome.

The selected article is heavily connected to the homework reading. We can compare Bonta’s version of the Gracchi’s interest in public affairs to the homework reading’s, and see that they are completely alike. According to the reading assigned for homework, “In 133 a tribune, Ti. Sempronius Gracchus, proposed to enforce the long-neglected limit of 500 iugera on holdings of ager publicus (= public land), and to redistribute the surplus to the poor in plots of 30 iugera which would become private land.” This quote, which appears at the beginning of the section labeled “The Roman Evolution,” signifies a predominant period in history, and is important because it shows how political leaders used public interest to obtain backing (demagogues, which Bonta indirectly implies too of them), and displays what was truly a starting point in Rome’s unfortunate demise, as pandemonium increased exponentially, “Furious opposition led to his (Gracchus) murder. Ten years later his brother, C. Sempronius Gracchus suffered the same fate, when he attempted to bring in a wide-ranging series of reforms, embracing provincial administration, the corn supply, judicial reform, and the status of the Italian allies. The use of violence in civil disputes became a destructive trend in republican politics.” This second quote alludes to the civil unrest caused by the death of the tribunes, as it became a “destructive trend,” and summarizes one of the main points of Bonta’s article – that internal chaos led to the fall of Rome.

I searched up the terms “Gracchi demagogues “United States”” and clicked on the first option that they gave me. The title of the article is Finally getting their recession, demagogues want a return to ’70s, and it’s mostly directed to the general population. It informs those who are reading it about the causes of the economic failures due to the demagogues giving them ideas on how to fix the problems. There wasn’t an exact correlation between my search terms and the article but through the homework readings we can see how Gracchus could be an example of a demagogue. A demagogue is a political leader who goes by popular demands of the people without using reasonable arguments. Here we can see in Appian, Civil Wars, “Gracchus in his speeches to the people urged them to overthrow the aristocracy and establish a democratic government; and after winning the favor of all classes, he had them not only as supporters, but even as instigators of his bold objectives.” (1.7) He was able to get the people on his side through popularity and try to make changes to help everyone even though that didn’t go very well. The demagogues in the article tried to make three different changes to help improve the economy but with each try, it backfired. It was all about making money to those of the higher power and creating “regulations” to control the money. “A directionless White House has encouraged the demagogues to propose the failed remedies …”soak the rich,” castigate business “greed,” pile regulation upon regulation, tax and spend.” (Rukeyser) In many cases in history, we can see how those of higher powers had some type of intentions of helping but it was only backed up by words and not actual planned out reasoning.

The search return I got from using OneSearch was an article called “Rise of the welfare/warfare state: the death throes of the once-great Roman Republic began when its leadership embarked on militarism and exploited class envy to consolidate power.” The article was written by Steve Bonta who seemed to be about the beginning of Rome from when it was found to the Outbreak of the Social War and in between; there were so many events/ battles that happened. I feel like the primary intended audience of this publication would be people who may need to find out more information of what happened when Rome was found so people who may be studying about Rome. I used three search terms which were Gracchi, demagogues, and “United States” and two of three of the search terms go together in this article which is Gracchi and demagogues as seen in this article by Steve Bonta “But with the tumult under the Gracchi, the waning Roman Republic entered a new, more perilous stage of decline, in which demagogues incited civil unrest with welfare-state programs, and a new generation of ambitious politician-generals began to covet absolute power.” Gracchi are Roman tribunes which tribunes are Roman leaders that are very popular. Demagogues are leaders who makes use of popular prejudices and false claims and promises in order to gain power. Both the terms Gracchi and demagogues are used together by the author to show how a popular leader in Rome can try to gain power by lying and not doing as they say, pretty much messing with the peoples emotions just to gain their support. From the ancient texts assigned to read for homework, a quote under Fragments on the Gracchi, it states “Gracchus in his speeches to the people urged them to overthrow the aristocracy and establish a democratic government; and after winning the favor of all classes, he had them not only as supporters, but even as instigators of his bold objectives.” This is related  to the article since it also shows that Gracchus had the ability to get the people on his side and not only that, but to help with the goals that he has in mind for Rome.

MLA citation: Bonta, Steve. “Rise of the Welfare/Warfare State: the Death Throes of the Once-Great Roman Republic Began When Its Leadership Embarked on Militarism and Exploited Class Envy to Consolidate Power.(History-Rome).” The New American, vol. 20, no. 23, 2004, pp. 36–39.

There was an error retrieving images from Instagram. An attempt will be remade in a few minutes.