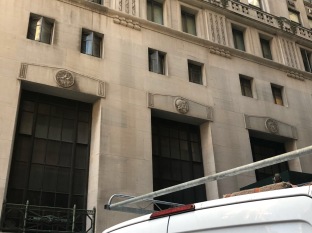 “But if instead we seek a society of caring, creative and committed people, and leaders who feel called to service rather than to stature, then we need to do a better job of making that clear.”(Cain, 2017)

Writer of this article, Susan Cain, states that we need to stop focusing so much on a need for leaders. Applicants for schools and jobs feel pressured to say they have good leadership skills or have been the president of many clubs and organizations throughout their life. Instead of placing such a requisite as leadership, it is important that all roles in society are recognized. An ideal society is one in which all kinds of people coexist. Instead of leaders working for the good of the people, it has been corrupted into meaning those who control others underneath them.

I agree with Cain, we do put a great pressure on the youth to grow up and be leaders who change the world. That obviously isn’t a bad thing, the world could use some changing, but not everyone will grow up to be good with leadership. If everyone was leading, nobody would following their lead and it would be chaos. I believe that Plato would agree with this position as well. “The result, then, is that more plentiful and better-quality goods are more easily produced, if each person does one thing for which he
is naturally suited…” (Plato, 370a,c5). Plato believes that everybody plays a role in this perfect city he is planning out and that if anyone deviates from their role, the city would not run smoothly and eventually fall apart.